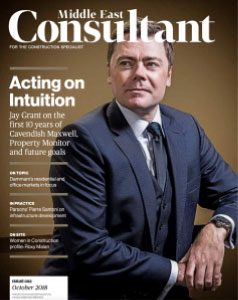 Following my article in August 2017 on the subject of building fires in Dubai, and following the Grenfell fire tragedy in the UK, there have been several interesting developments in both the UK and the UAE, in terms of fire safety standards.

While the Grenfell enquiry is still underway and the site itself remains cordoned off as a crime scene by UK police, work has been going on in the background to figure out what went so drastically wrong, and what can be done to improve the situation.

One of the things to come out of the tragedy was the ‘Independent Review of Building Regulations and Fire Safety’ report ( also known as the Hackitt report after its leader, Dame Judith Hackitt), which is now complete. As well as intending to make the public feel safer through transparent government action, the report set out to make sure that “a suitably robust regulatory system for the future” was established.

The report followed a logical process of information gathering, including an industry-wide questionnaire seeking to establish the status quo including the clarity of legal requirements, the various roles and responsibilities and the competency of these parties involved in the fire safety process, as well as comparisons with international and separate industrial sectors. An interim report covering the various flaws discovered was issued at the end of 2017, with the final report making conclusions and recommendations made available online in May this year.

Hackitt’s team have exposed various shortcomings and problems, and there are some very interesting parallels that can be drawn with the UAE. For example, they found that a culture of doing things as quickly and as cheaply as possible causes problems with building quality, which, as obvious as it sounds, is still the main problem I find in the building trade here today, and why the time-cost-quality equation is still a major theme in our professional studies.

There are also issues with poor record keeping, a lack of consistency in product testing and labelling, and a lack of clarity over responsibilities, which are familiar issues we often find with the older building stock in this region. One point I thought was particularly provocative was that the voices of UK residents speaking up about safety and condition issues often seem to go ignored, requiring better involvement in decision­-making and improved responses for residents in terms of reassurance and recourse via the residents’ associations. Given the feedback we often receive from JOP owners in Dubai, this is something that some of our Owners Association Managers should also consider.

Hackitt concluded that there are currently many complex systems involved in the design and construction of high­-risk buildings, the integrity of which can be compromised by the people involved. This draws us to the requirement for a new regulatory framework, necessitating a radical overhaul and cultural changes to future proof the solution.

The Importance of Competence

The report also makes specific reference to the UAE, as one of several international comparisons. It points out that the UAE’s Fire and Life Safety Code is based largely upon the American NFPA codes, which are considered highly prescriptive but have no regulated checks to ensure that particular materials and components meet a particular fire design methodology. Most importantly, it does nothing to ensure that the consultant demonstrates competence when applying the codes.

Professionally, this is apparent due to the various defects in fire safety we routinely discover in existing buildings, discussed in my previous reports and articles on fire risk in the region. The UAE code was due for revision last year and the draft version I received went some way to address changes in accountability and the ongoing cladding issues, but as yet the 2011 version remains in practice and on the DCD website.

Following Hackitt’s statement that this problem is not just a UK issue and that “continuous improvement and best­practice learning through membership of an international body” is required, a new International Fire Safety Standards (IFSS) is being developed and implemented globally through the IFSS Coalition, a group of professional and non-profit global organisations which includes the International Code Council, RICS, the World Bank and the Federation International des Geometres. I can see this working in a similar way to the International Property Measurement Standards (IPMS), which have now been adopted in many global locations (including the Dubai Land Department) to ensure a welcome transparency and consistency in the way property is measured.

As discussed previously, combustible cladding is not the only issue we face here, and it is important to consider the holistic view of fire safety and learn from these global lessons. It is vital to ensure we have the correct materials, detailing and best practices, and if this is addressed on an international scale, it can only ensure consistency in safe design during the inevitable increases we will see in globalisation and the resulting trends in cross border consultancy.

It’s unfortunate that it takes such a tragedy to promote this level of action, but we should do our best to establish positives, and the IFSS is most likely to be one of them.